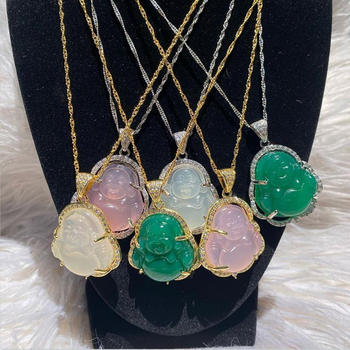 5.005
-30%
Shaolin kung fu staff Wushu Eyebrow Stick
(5 reviews)
-33%
Kung Fu Uniform Traditional Chinese Clothing for Men Bruce Lee Hanfu Blouse
5.007
Kungfu Star Bruce Lee Gold Commemorative Coins Set Fancy Gold Foil Banknote Paper Money
(7 reviews)
5.0040
-37%
The Dragon and the Phoenix Commemorative Coin Traditional High Quality
(40 reviews)
Johnny Gwin, Nebraska
Perfect, fast super quality, fortunately I took the largest size I measure 176, a can fat 94 kg, it is perfect for my size, not even need to retouch the pants on its length by cons if you do 180 It's more pants, but a corsair who comes to the ankle. I recommend, super seller and good quality nice and comfortable, on the other hand no indication for washing, but good it is cotton. Thanks to the seller for the speed right now, And all my wishes to you all.
Kinda Mitri, Syria
Shaolin monk uniform as in the photo in color and style. For s free. I did not communicate with the seller. The order came quickly. I'm happy with the purchase. Very well cut. Good quality. I had already ordered it. I needed a bigger one for someone else.
Fabian Rosenberg, Germany
Came very quickly, happy! Description matches. That's just sent a smaller size. It took two weeks. The seller quickly answers the messages. Promised to send the right one. Believed on the word)) in general, all the rules.

Shaolin Kung Fu (Chinese: 少林功夫 ), also called Shaolin Wushu (少林武術 ), is among the oldest institutionalized styles of Chinese martial arts. Known in Chinese as Shaolinquan , it originated and was developed in the Buddhist Shaolin temple in Henan province, China. , also known as Shaolin martial arts, is one of the famous martial arts . It has a long history and profound influence, is an important part of the traditional martial arts China. Began about Northern Wei. Chronicles continue some development, spur widespread throughout the country, modern and gradually spread overseas .The most prominent feature of Shaolin Kungfu is “chan wu he yi”, namely the chan wu he yi, practicing meditation, so there are “Zen martial arts”.

China Shaolin kung fu is one of the greatest forms of martial arts that has gained a lot of popularity in the recent past. It’s movements are rapid, quick and forceful. This martial art demands energy, rapid and forceful actions.For one, it has produced great masters in the history of China and also boasts a variety of techniques and philosophies that increase the spiritual growth in both young children and adults. In fact, shaolin martial arts also involve training on culture tradition and helps students deepen their knowledge about “the Chinese way.” Our students love and appreciate learning this wonderful art and taking advantage of all its benefits.

“All the Kungfus in this world are from Shaolin”, this statement is spread widely in the field of of Wushu, the fame of Shaolin Kung Fu Vrests on the propound and exquisite connotation.

After continuous deliberation, practice, summarizing and promotion from generation to generation, Shaolin Kungfu has developed into a world famous Kungfu with rich contents and excellent skills. The powerful, might and mystery of Shaolin Kungfu lies in the following aspects.
Shaolin Kungfu is so splendid, so profound, so exquisite and so deep that numerous people make fuss . therefore much permanence and hard-working are needed to master it. The magic skills of Shaolin Kungfu first come from long time permanent practice.

Shaolin Kung Fu, like all of the kung fu styles, is primarily a striking style of martial art that utilizes kicks, blocks, and punches to stop attackers. One thing that is pervasive in kung fu is the sheer beauty of the forms they practice, as well as the mixture of open and closed hand, strikes to defend against attackers. During routine drilling, several movements must be finished in a coherent and rapid manner. This helps to build speed. A firm form is the main focuses in Chinese Shaolin Monastery kung fu Boxing. However, flexibility is also emphasized in this martial art. Flexibility follows firmness. “Moving like the wind and be able to stand like a peg”

Shaolin boxing training teaches the action of forward momentum, retreat motions, and how to react and punch directly in front of you. With this style, it is paramount that the body remains not too straight and to keep all forward and backward motion natural. Foot technique must be stable but flexible, and eye technique requires staring at your opponent’s eyes while practicing calm and quiet breathing. It is said that Shaolin boxing forms need to be “fast as a flash and a spin. Like a turning wheel. A stance like a pine and a jump like a fly.” Shaolin Kungfu encompasses complete technical and theoretical system, with martial arts and techniques as its major form of expression, and Buddhism belief and Chan wisdom as the cultural connotation.

Our Buyer Protection covers your purchase from click to delivery